I. History of the Bureau

Since the establishment of the County in the First Year of Yongzheng's Reign, Qing Dynasty (A.D. 1723), Changhua has been located in the central hub of the province for nearly 300 years. Forefathers endured great hardships in pioneer work for land reclamation, breaking new ground here in Changhua, gradually emerging as a gathering place for merchants and talents, as well as an important region in central Taiwan. At the beginning of Taiwan’s Retrocession, in consideration of the County’s lack of material, economic depression, destitution and ruin, the government established health care administration system from the post-war ruins through hardships in view of the importance of public health.

II. Establishment of Centers in Response to Policies and Affairs

In consideration of a high demand for long-term care for the elderly, incapacitated, disabled and solitary seniors, “Changhua County Long-Term Care Management Demonstration Center” was established, which was jointly operated by the Health Bureau and the Social Affairs Bureau to provide a one-stop service for the public. Cooperating with the Labor Committee for the promotion of the “Integration Program of Application Process for Foreign Caregivers and Domestic Health Care Services System”, the Bureau undertook the application process affairs for foreign caregivers in 2006.

In 2008, in view of the promotion of “10-Year Long-Term Care Plan”, it was renamed to “Changhua County Government Long-term Care Management Center”. In October of the same year, the Long-Term Care Management Center Southern Changhua Sub-Station was established in Puxin Township. On account of an increasing number of service items, it successively replenished manpower as well. Because the office and the reception space were limited, a long-term care management center office was set up in the Cheng-gong Military Camp, Changhua City, in September 2009, providing a spacious office and service space.

In September 2010, the Bureau moved to the 4th floor of the South, the West and the North Districts Health Stations of Changhua City to reduce the people’s traffic inconvenience and to alleviate administrative burdens. In December 2010, it moved to the Northern Changhua Office to work jointly in order to provide a more convenient Application Process for Foreign Caregivers One-Stop Service for the public.

In 2000, the Bureau actively planned to set up a community mental health center. In 2001, it submitted a plan to the Ministry of Health, Executive Yuan, for central government subsidy. In 2002, it was subsidized by the Ministry of Health. In 2003, the Center was established in charge of psychological consultation, and the consulting service stations were established and referral services were provided, etc. It mainly handled community, campus, workplace and other mental health promotion as well as suicide case notification, care counseling, prevention and control.

At the end of 2005, the Ministry of Health of Executive Yuan entrusted the Taiwan Association Against Depression with the establishment of National Suicide Prevention Center, and selected Keelung City, Taoyuan County, Changhua County and Kaohsiung City as the pilot scheme implementation counties and cities; after many preparatory meetings, this County’s Suicide Prevention Center started cooperating with such Center's Pilot Scheme Changhua Office in accordance with the central government policy to promote the suicide prevention strategy based on the local conditions.

On 1/17/2008, Established “Joint Inspection Team” in the Form of Task Forces was established by task formation.

Beginning in January 2005, the County's health inspectors were divided into five groups to handle the five districts (including Lukang District, Changhua District, Yuanlin District, Tianzhong District and Erlin District). The inspectors of each district gathered on the specific health station to work. In order to be further in line with the expectations of the people, the Bureau was responsible for directing, planning and distributing the investigation and sampling inspection affairs. It operated in the form of Joint Inspection Teams, and supported inspection affairs in a cross-township and cross-regional manner. 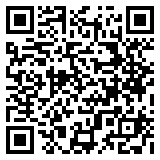